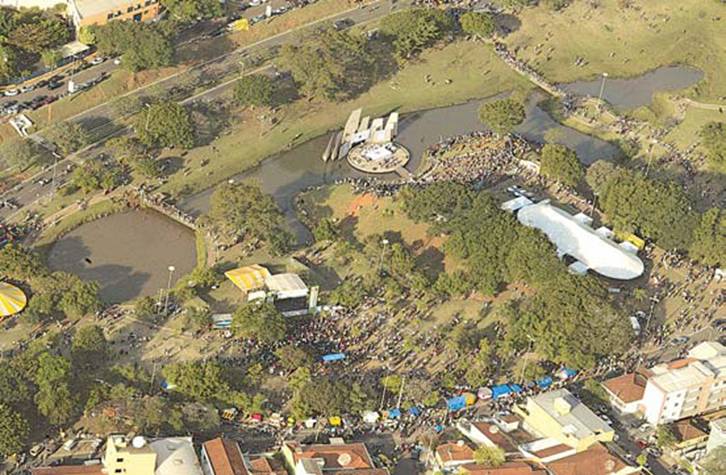 Thanks so much for praying!  ’s Birthday in the Park was again a great opportunity for us to share the Gospel. According to the news, over fifty thousand people came out. The birthday cake weighed over a ton! Our two ABWE congregations were the only churches represented there.

Though for some reason we were not permitted to put up a booth (beach type, open on 4 sides), God gave us an excellent location at a corner with plenty of shade between two of the staging areas where programs went on every hour. Throughout the day we had around fifty people from church circulating either as families or going out two by two around the park distributing tracts and sharing the Gospel with individuals and families. Folks came back excited with stories to share each time they got more tracts to hand out.

Earlier in the morning, the corner served well for the young peoples’ drama, but as the day went on and watching crowds grew larger, they moved to a more open area across the pathway.

A thousand tracts were given out and as well as a thousand invitations to visit our two churches. Folks had a hard time believing that we were giving kids yoyos for free which opened opportunities to share about the free gift of salvation.

What a tremendous day! Thank you again for praying! 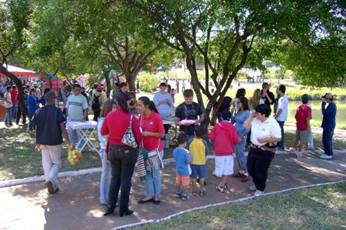 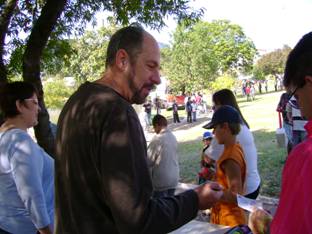 ’s Birthday in the Park - Sharing the Word 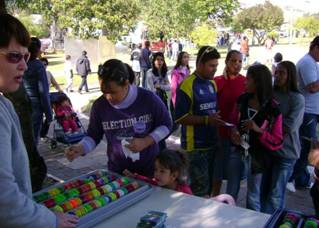 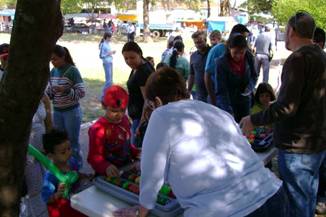 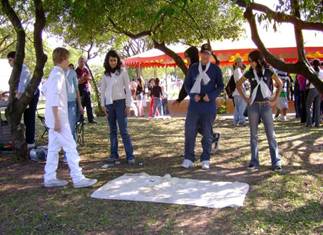 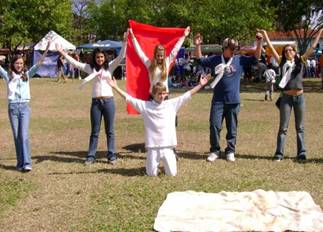